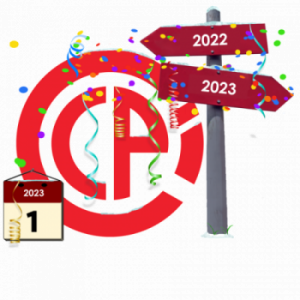 2022 is almost over & 2023 is just around the corner, so it’s time for us to take a moment to reflect on the highlights of the year.

We’ve had another great year of growth, investment and partnerships to keep up with the ever-growing demands of the heat treatment industry.

Starting the year on a high, on our very first day back after the new year we had two new starters join the CCPI Europe team, Charlotte Wetton joined as our Digital Marketing Apprentice, followed by James Cook who joined the service team as Field Service Engineer.

Only a week later we had William Lim join the Quality team as Senior Quality and Health and Safety Engineer. All three new members of staff have settled in really well and are now a valuable part of the CCPI team.

Moving into February, we finally held our European sales meeting back on site at CCPI Europe after 2 years. James, Karine and Gerhard, our regional sales managers from France and Germany came over to visit the headquarters for 2 days, getting us all up to speed with what they have been working on over the last 2 years.

It was great to have them back and this was just the start of resuming some normality after the pandemic. 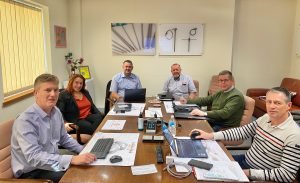 March was a great month for some celebrations at CCPI, we started the month providing all of our employees with a fully catered fish & chip lunch in order to celebrate the achievement of a new safety milestone; 1000+ days without time off due to injury. We wanted to thank them all for their continuous support in keeping safe at CCPI Europe. 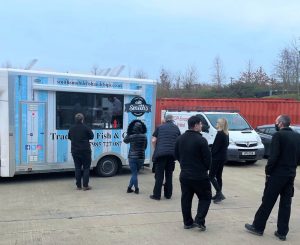 Towards the end of the month, we celebrated the launch of a partnership campaign with an external training partner Whyy? Change. This partnership will combine their Lean6 training solutions with CCPI’s long term strategy of continuous improvement.

Read more about the partnership here!

What better way to kick off the month than with a staff promotion!

The 1st of the month saw Julie Goodwin promoted into the role of Deputy Sales Office Manager. Massive congratulations to Julie for her hard work and dedication over the years!

Also in April, our Business Development Manager, Rob Whitehead and Digital Marketing Apprentice, Charlotte Wetton, attended the MACH 2022 exhibition at the NEC in Birmingham. They visited a variety of current and new customers, as well as gaining research into new industry developments, so it was an insightful trip overall.

In May, we also saw a new member of staff join the team, with Owen McCaughey joining the sales team as Technical Sales Engineer and Draughtsman Support. Owen will be assisting in the day-to-day sales process as well as assisting our draughtsman with product drawings.

June saw our Business Development Manager, Rob Whitehead and Digital Marketing Apprentice, Charlotte Wetton, attending yet another trade show at the NEC in Birmingham, this time it was the Manufacturing Expo. They interacted with lots of new potential customers within the manufacturing and heat treatment industries.

Later in June, we saw Phil Chambers retire from the role of Team Leader of the Noble Metals Manufacturing Cell. Phil has been a credit to the CCPI Europe team for 21 and a half years and will be greatly missed! We wish Phil well in his retirement.

At the beginning of July, AMS2750 Revision G was published, AMS 2750 is a specification prepared by AMS committee B and AMEC and issued by SAE International.

First published in April of 1980, AMS (Aerospace Material Specification) 2750 covers the pyrometry requirements for thermal processing equipment. Additionally, this is used in the tight tolerances of the Aerospace industry and its supply chain.

Also in July, our Manging Director, Jonathan Golding and Operations Director, Peter Cowley attended the Farnborough Air Show. This event allowed them to interact and visit a variety of our customers and suppliers within the aerospace industry.

In early August we had the General Manager of our sister company in the USA, TE Wire & Cable, Vlad Fedorchak on site at our headquarters in Sheffield. Vlad came to discuss the first half of the year as well as upcoming projects & plans for the remainder of the year. Again, it was great to have him back on site after 2 years of virtual meetings.

Later in the month we saw another new member join the CCPI Europe team, this time it was Alisha Barlow who joined the sales team as Sales and Business Administrator. Alisha has settled in well & is assisting the sales team in the day to day running of the business allowing them to focus on customers.

Moving into September, we renewed the sponsorship of Eckington Belles under 14’s Girls football team. The whole team at CCPI Europe will be behind the team cheering them on to victory once again!

At the end of the month, we also saw the re-launch of Thermocouple Protection Tubes added to our product range. Our thermocouple protection tubes come in a wide range of high-temperature corrosion resistant materials to suit all specifications.

Find out more about these new products here!

We had members of our ownership company Marmon USA visit the Sheffield headquarters in October. Jared Argyle, Aaron Folkening and Matt Kelly came over to discuss the current positioning of CCPI Europe. Focusing on upcoming projects & plans for the remainder of the year and for 2023. It was great to welcome them all on site.

November saw Rob Whitehead, our Business Development Manager, Owen McCaughey, our Technical Sales Engineer and Charlotte Wetton, our Digital Marketing Apprentice attend the Advanced Engineering Exhibition at the NEC in Birmingham. During this exhibition they caught up with our current customers and suppliers within the industry.

Also in November, our Managing Director: Jonathan Golding, was awarded an Executive MBA from Sheffield Hallam University. 3 years of part time studies resulting in Distinction Grades for both the Exec MBA and the supporting ILM Level 7  / City & Guilds Apprenticeship. 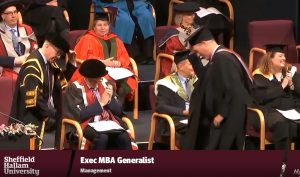 On Thursday the 8th we celebrated the annual Christmas Jumper Day. We all dug out our woollen wonders from the back of the wardrobe for a great cause.

Save The Children charity help children around the world living in the toughest conditions & help them build a brighter future & we’re proud to be involved.

Here’s some of the best (or worst) examples from Christmas Jumper Day 2022 below! 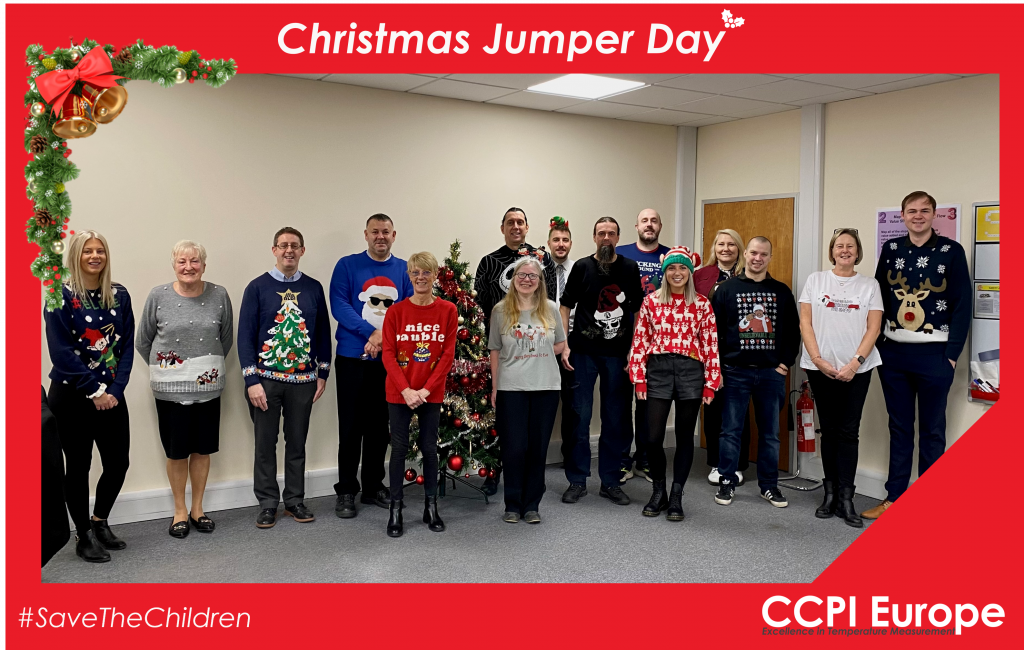 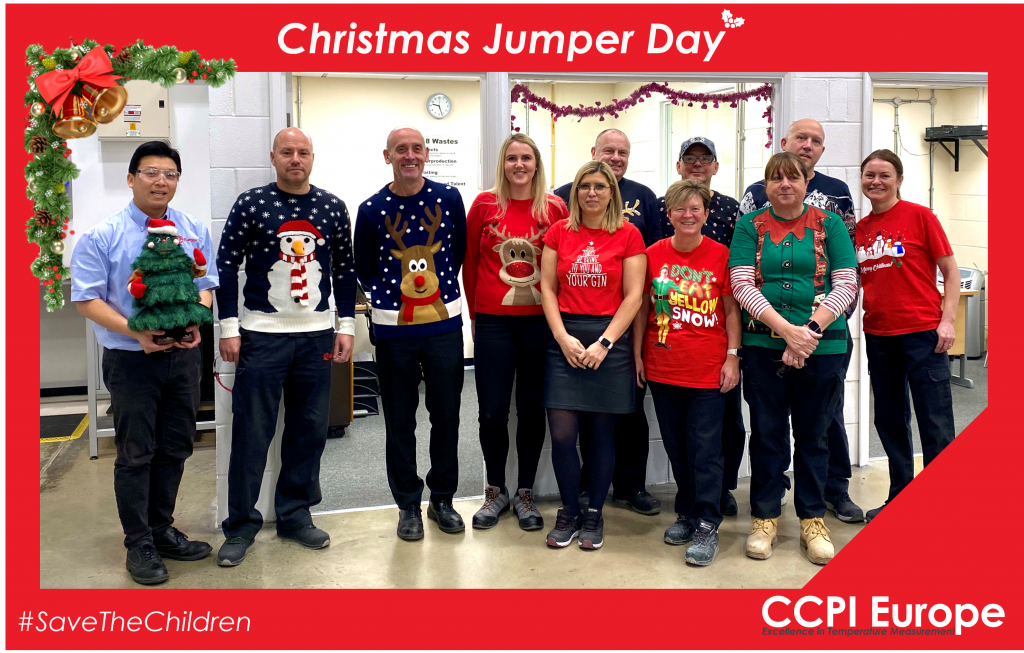 And that’s 2022 all wrapped up, nothing left but to wish everyone a very Merry Christmas & Happy New Year!