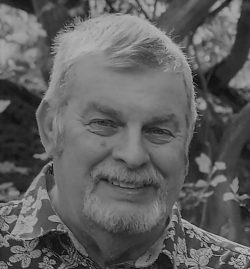 It is with much regret we announce the sad passing of a CCPI Europe family member. The morning of June 5th 2019, former managing director, friend and mentor to all, Keith Hicks passed away aged 70.

Keith joined, as it was then – Consolidated Ceramic Products, in 1998. Keith joined as the Sales Manager before moving to the Managing Director role after just 12 months. CCP was a small but successful company, with just under a one-million-pound turnover supplying to mainly non-ferrous metals industries.

Keith’s determination and focus was on the growth of CCP. His goal was to make it the best temperature sensor manufacturer in the UK & Europe.

Over the next 10 years, Keith’s vision came to life and under his leadership. CCP grew to service and supply the organisations where high-temperature measurement was critical to their operation.

Under Keith’s leadership, CCPI Europe grew to from a one-million-pound enterprise, employing just 17 staff, to over a 6-million-pound operation with 60+ employees.

Keith retired in 2015, after 17 years of loyal service, due to declining health. He also wanted to spend more valuable time with his family and his beloved grandchildren.

The company owes Keith a great debt. It was Keith’s vision and inspiration to become a high specification, high-quality sensor manufacturing and calibration facility. This was the drive that lead CCPI Europe to become one of the best high-temperature sensor organisations worldwide.

Keith will be missed and remembered by all his friends at CCPI Europe. We would all like to share our deepest condolences to his family during this difficult time.