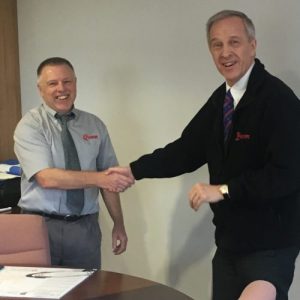 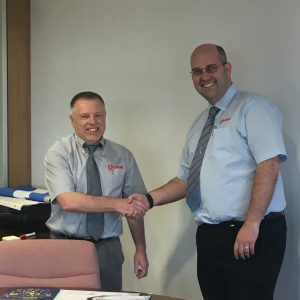 Phil has been part of the laboratory team for 10 rewarding years at CCPI Europe. Initially he started as a part time laboratory administrator. Due to his background and previous scientific training, he soon progressed. Phil was made Deputy Head of the CCPI Europe Ltd UKAS accredited (No. 0600) calibration laboratory.

During his time at CCPI, Phil has been part of the team that has increased the laboratory’s scope of measurement. As well as, reducing the uncertainties of measurement. He was part of the company move to its new and current premises. Phil has played a key role in the continuous development of CCPI Europe’s UKAS accredited (No. 0600) thermal calibration laboratory.

Due to Phil’s commitment and skill level, he will be leaving the laboratory in a very strong position. He will be sadly missed by all.
Although we’re sad to see Phil go, all the staff would like to wish him the best in his retirement.

However, with Phil retiring, a position needed filling in the Laboratory. Who better to take over P. Ropers’ position than another P. Roper…
Phil’s son, Paul, who has recently passed his BSc (hon) degree, supported by CCPI Europe, will be filling the position.

Paul has worked for CCPI Europe for many years helping in the software and systems development. We can’t think of anyone better to take over his dad’s role.

Paul’s background in IT and software development will help the calibration laboratory continue to expand and progress.